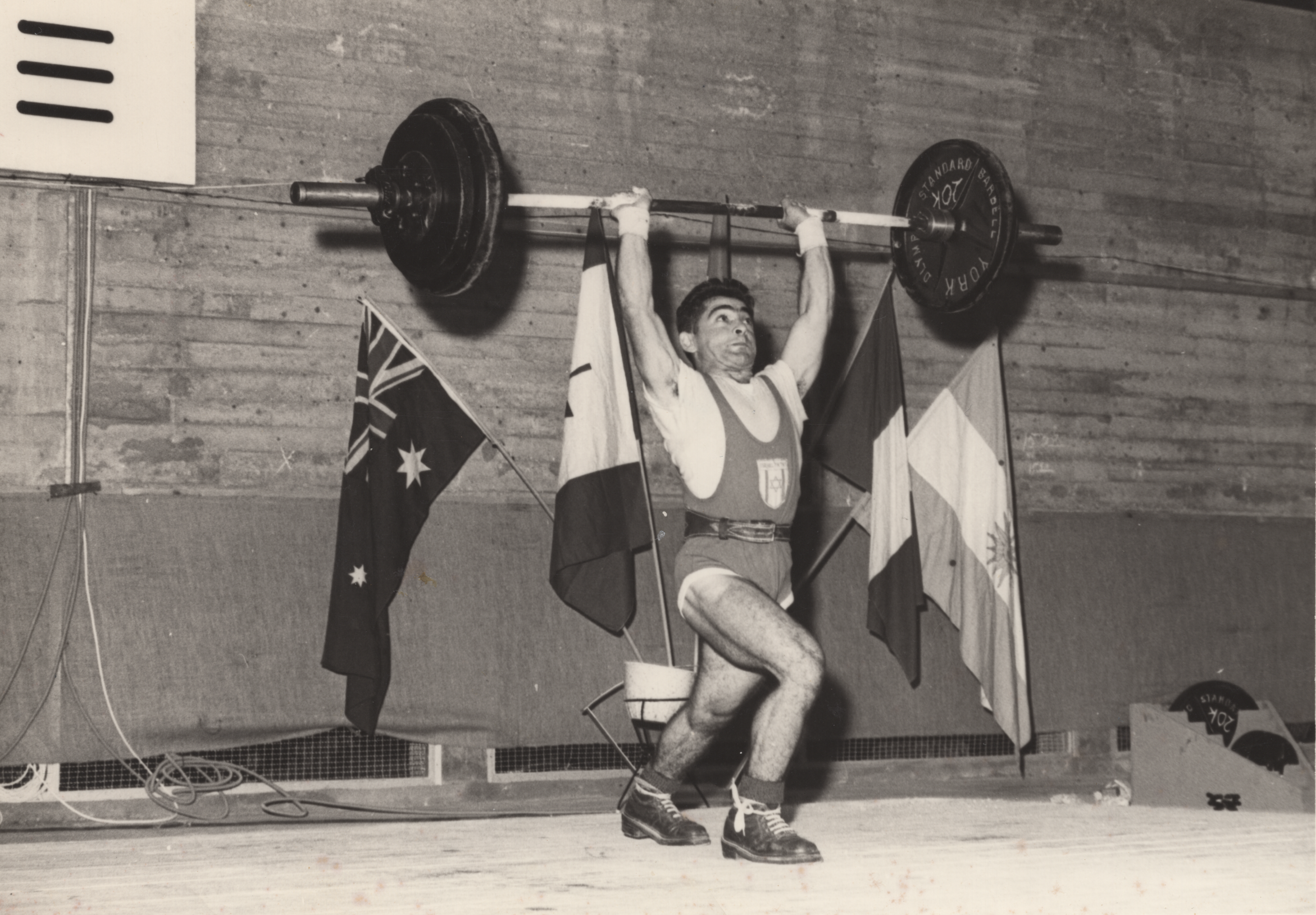 Ze’ev Friedman was born in Prokopyevsk in Siberia on June 10, 1944. His parents, Hannah and Shlomo Friedman, originally came from Poland. They had fled to the Soviet Union following the murder of both their families under the Nazi regime. In 1946, Ze’ev’s sister Nina was also born there. According to her, the two siblings remained close to each other all their lives.

Ze’ev was thirteen when the family moved to Bielawa in Poland in 1957 to prepare for its much longed-for emigration to Israel. From 1960 onward, the Friedmans lived in Israel.

Keen on sports from a young age, Ze’ev and his sister already start doing gymnastics in Poland. He participates in his first competitions when he is 17. He wins several medals as well as the Israeli championships on the rings and the horse. Friedman is only 1.56 m (5′ 1½“) tall. Despite his success, his small physical stature appears to be a disadavantage in gymnastics. For this reason he switches to weightlifting and trains at the Hapoel Kiryat Yam Sports Club. For seven years he is the Israeli bantam weightlifting champion. He is “Sportsman of the Year” in weightlifting in 1967. He breaks three Israeli records and represents Israel internationally as well, such as in 1971 at the Asian Championships in the Philippines, where he wins third place.

As Ze’ev Friedman likes to teach children and youths and encourage young talent, he trains to be a sports instructor at the Wingate Institute for Physical Education and Sports from 1965 onwards, after completing his military service. The Summer Olympics were to mark both the peak and the end of his professional career. Afterward, he intended to devote himself entirely to his job as a sports instructor.

He comes twelfth at the Munich Summer Olympics and is the best-placed Israeli weightlifter. On September 3, the day of his competition, he writes a postcard to his family, saying that everything is wonderful and he has performed well, that he misses everyone and wants to go home. This card and one dated August 26, only reach his family after his death.

On September 5, 1972, Ze’ev Friedman and ten other members of the Israeli delegation are taken hostage by Palestinian terrorists in their accommodation in the Olympic Village. During the failed attempt to free the athletes on the airfield in Fürstenfeldbruck, Friedman is shot by one of the kidnappers in one of the two helicopters.

“Almost forgot—my best wishes for the New Year with much happiness and good health” is what Ze’ev writes at the end of a card on August 26. His wish for happiness is not fulfilled: Ze’ev is murdered, his father Shlomo suffers a heart attack, his mother a nervous breakdown.

Ze’ev Friedman is murdered on a Tuesday. Tuesday for Tuesday ever since, Hannah Friedman visits her son’s grave and places fresh flowers on it—twenty-four years long, until her own death in 1996.

And Nina? Despite the pain caused by the death of her beloved brother, she does not seek revenge: “Killing brings only more killing. We kill, they kill, we kill, they kill. It didn’t make it any easier for us or better. It will never bring my brother back. It will only be better the moment we sit and talk to each other and find a solution instead of killing each other all the time.”

This commemoration project has been conceived and coordinated by the Jewish Museum Munich in conjunction with the Munich Documentation Centre for the History of National Socialism and the Consulate General of the State of Israel. It will be implemented in cooperation with the Amerikahaus Munich, the Landkreis Fürstenfeldbruck, the Deutsches Theater, the Police College —Hochschule für den öffentlichen Dienst in Bayern — Fachbereich Polizei, and the Munich Police Headquarters, as well as other cultural and educational institutions and interested parties.

In March, the Jexhof farm museum in the district of Fürstenfeldbruck is remembering Ze’ev Friedman. His biography is related in an open-air installation at the museum. In this way, interested visitors can find out more about this exceptional Israeli athlete independent of the opening hours. The life-sized silhoutte of Friedman is a focal point of the current exhibition in Jexhof: “Making the Invisible Visible. Jewish biographies from the Bruck region” which runs until May 29, 2022 and can be viewed during the museum’s regular opening hours.